Most of us recall when the issue of whether Nat Berhe was Eritrean or not became a topic on Twitter last year after Nat Berhe was drafted by the NFL's NY Giants. Eri-International sports caught up with Nat recently while he recovers from a very painful calf injury while he was vying for the starting safety position for the NY Giants.

A little bit about Nat Berhe. Berhe was born in Fontana, California and attended Colton High School. His mother Judy is an African American; his father Berhe Asfaha emigrated from Eritrea in 1970. Nat played four years of varsity football as a defensive back and running back and also lettered twice in track and field. He was also a member of the honor society.

Nat attended San Diego State University where he excelled as a defensive player. It is to be recalled that Eri-international sport had also featured another Eritrean football player who played at San Diego State in the early 2000's. After being drafted last year by the NFL's New York Giants he had a pretty decent rookie year where he got high praise from the coaching staff. He was injured and had been recovering as the injury on his calf did not recover fully before this season. 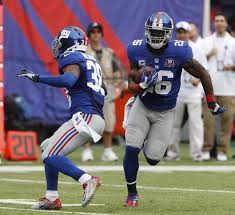 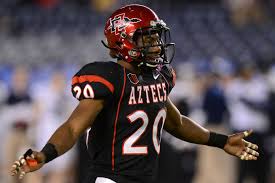 So while recovering and helping his team he was tweeting away last week and sharing the cycling fever to some of his friends on twitter while enjoying the race. 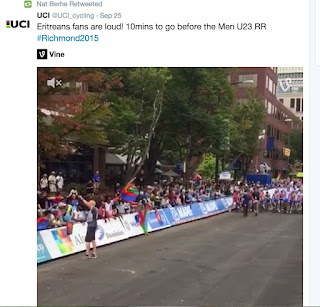 Meanwhile Eri-international sports was able to catch up with him for a short question and answer session during a busy time for him while he is still on recovery and training mode. Here is the exclusive interview with Nat Berhe of the NY Giants.

1. Thank you Nat for allowing us time from your busy schedule. How does it feel to be in the NFL and represent Eritrea?

It's a blessing, I've heard from so many other Eritrean kids that tell me they want to play in the NFL one day. It's been a lot of mutual love and I'm humbled to serve as an inspiration to them.

2. You are in your prime and your calf injury got in the way of you playing this year, but chances are that you will be back and contributing to the Giants. How has the injury affected you?

I wanted more than anything to help my team win games and contribute to help us win super bowl 50 but God had other plans for this season. I'm already back running and training, but because I was placed on injured reserve my season is over. Nevertheless, I'm in meetings and focused on how I can help the giants win next year.

3. You recently tweeted about the Eritrean national Cycling team, which participated in the UCI Road Championships, and you saw the Eritrean fans all over. How did that make you feel?

The tweet popped up on my timeline so I watched it and thought it was a great moment, a moment worth sharing. The support was outstanding.

4. What are your plans in the future to visit Eritrea?

When I get healthy and the time is right I definitely want to visit.

Thanks for taking the time to ask these questions.

Posted by https://eri-internationalsports.blogspot.com/ at 3:20:00 AM