Thank You Zeresenay Tadesse! for your commitment to ERITREA's Martyrs.

Thank You Zeresenay Tadesse! for your commitment to ERITREA's Martyrs.

Isn’t it great when you can do something great for yourself while doing something positive and most of all very memorable? A Running race is the perfect way to merge those passions. In Eritrea running is a fairly new sports compared to cycling and soccer. Thanks to Olympic medalist Zeresenay Tadesse and Eritrean-American Meb Kiflezghi, these days Eritrea seems to be doing pretty good as running has become a growing sport. I have always been an advocate of 10K runs or some type of event in every corner of the world that Eritreans live in during a time when Martyr's day on June 20 takes place each year. It is a great way to commit ourselves to ERITREA's biggest cause while also staying healthy. I wanted to see something like that start in ERITREA and had written about it on this very blog a few years ago. 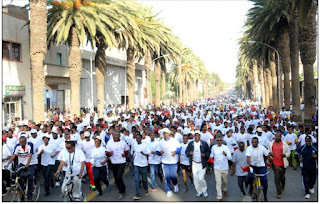 It makes me proud that Zeresenay Tadesse the most humble Eritrean runner has got the nation moving and did it during the martyrs day week in ERITREA's capital city Asmara. According to the news media from Eritrea, "Every mosque and church in Eritrea held remembrance and dedication prayers on the morning of June 19. Moreover the morning was glorified by a running event sponsored and organized by the Olympic medalist Zeresenay Tadesse on the eve of June 20, Eritrea’s Martyrs Day.  The event took place in Asmara in two sections. The first road race of 10k started at the Bahti Meskerem Square, for professionals, representing several teams from all over the country. The second segment involved a wide range of voluntary participants of all ages, including ministers and officials." What a great way to bring the country together for a common cause while also helping the sport of running grow, as well as creating a healthy atmosphere for people. It is a well know fact that Zeresenay in the past has also donated and contributed to the martyrs fund. I personally wish to see events like the ones in Eritrea spread all over the world for the future. While it may require some organizing and managing it is similar to when we all gather round to commemorate it anywhere. 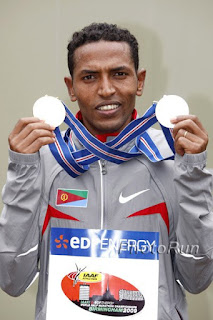 Through a running races we can eventually raise funds for our martyrs families while honoring their sacrifice, which lets us support this important cause close to our hearts. Once again Thank you Zeresenay for starting a running event in ERITREA! not only have you showed that you are the worlds greatest half marathon runner but one of the world's class act people who has always stood by his Government, people and country.

ERITREAN Riders will participate in Tour De France: A historic achievement for Africa.
A wildcard invitation to the Tour De France by South African team MTN-Qhubeka has five African riders on the team. The event which will take place between July 4-26 will include Eritrea’s Daniel Teklehaimanot and Merhawi Kudus, 21. Natnael Berhane was left out even though the entire Eritrean team did well in their last event. The Tour De France is the top race for cycling since it's start in 1903. Next week on Saturday as most of you watch the event along with fire works for the celebrations of the independence day in the USA, you can see that the passion for Cycling in Eritrea is very high. Congratulations to Both Daniel and Merhawi and hopefully they will perform and compete with some of the veterans who will be very tough. In an interview from last weeks's victory this is what Daniel had to say, "To wear the flag of Eritrea at the Tour de France will be very special and I will try to do everyone proud. " 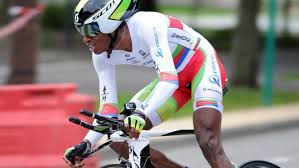 Meanwhile for those who may have questions about the Tour De France here is some information that may help you become a fan from the get go. There are twenty two teams including the Africans MTN competing in 21 stages. The Hardest stages will more than likely be Everyone will have their personal favourite, but the cobbles between Seraing and Cambrai will turn stage four into a mini Paris-Roubaix. For climbing fans, the 13.8km ascent up the 21 bends of Alpe d'Huez (below) on the penultimate day of the race should be spectacular. 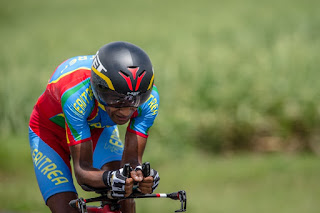 The 102nd edition of the Tour de France begins in Utretcht, Holland on July 4. The race features 21 stages, plus two rest days, before ending in Paris on July 26.

What is the route?

The Tour begins in Holland - the sixth time the grand départ has been staged in the country - before moving into Belgium and then northern France. The route winds into Brittany before moving to the south-west of France and then across the country to Alpe d'Huez, before the traditional finale on the Champs-Élysées in Paris.

What do the different shirts mean?

Another Eritrean connection in the Big leagues: This time in the National Hockey League.

It was around a year ago when Eritrean's found out that an Eritrean-American from San Diego made it to the NFL after being drafted by the NY Giants. Nat Berhe who has been nursing a calf injury this spring should be ready to play this fall after what should be a great summer training camp. He has every opportunity and the talent to go along with it. Nat Berhe whose father is an Eritrean was the talk of the Eritrean social media and news after the NFL draft last year. 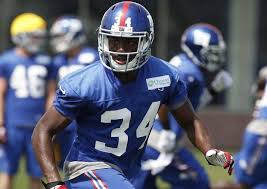 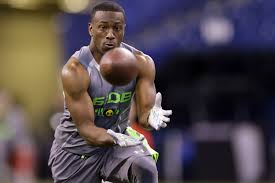 It seems like another Eritrean Oliver Kylington (pronounced Shylington) has been drafted in the second round by the Calgary Flames of the NHL. So to the Eritrean community in Calgary here is another reason to go cheer the flames in the upcoming season. Oliver whose mother is an ERITREAN grew up in Sweden where his father was a Swede hand ball player. He played competitive soccer as a kid. Born in May 1997 he has grown up to be a very quick athlete on the ice and off the ice. His ability to move fast has earned him a spot on the Swedish club team AIK as well as the under 18 Swedish national team. Even though a defence man he has been able to score goals through his ability to move fast. As a second round draft pick and a player who has a lot of talent he should see some action with the Calgary Flames right away. 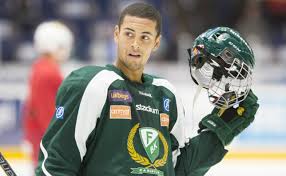 Here is the scouting report on Oliver and we wish him the best of luck as he makes a career in the NHL probably the best professional hockey league in the world.

• Internationally, Kylington has represented Sweden at the 2014 World Under-17 Hockey Challenge and the 2014 Ivan Hlinka Memorial Tournament. He was unable to participate in the 2015 World Junior Championship due to injury.

• Lists Johnny Oduya of the Chicago Blackhawks and Drew Doughty of the Los Angeles Kings, both fellow blueliners, among his favorite NHL players.

Eri-International sports blog.
Posted by Unknown at 11:51:00 PM No comments: Links to this post 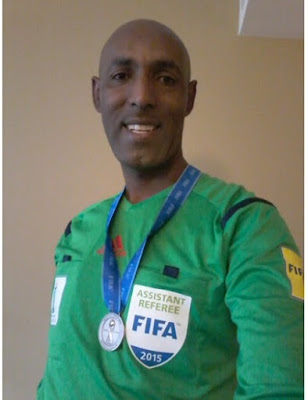 Eritrean-American basketball star Thomas Kelati now at 32 years of age seems to be progressing well despite a couple of minor injuries recently. Kelati who has been an important figure in the European basketball scene seems to have made Spain his home throughout his career. He has played in 154 games with 4 powerful teams in the Spanish basketball team including Unicaja Malaga, Valencia, Laboral Kutxa and the past year with UCAM Murcia where he played big roles scoring 18 points in his last two matches. He has also shown a lot of maturity and has been a class act on and off the field. 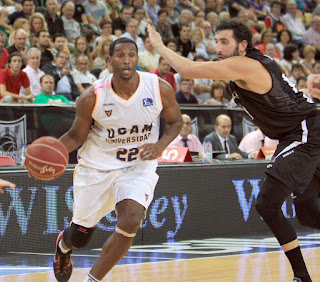 One of the most important players in the European game Kelati has been able to score, assist, play defense and guard during important moments. The Washington State University alumni and a former All-Pac standout for the cougars Kelati has made many fans happy with his play at the Palacio de los Deportes. The city of Murcia has also been home to another Eritrean soccer standout in Henok Goitom where he was a star player. Look for Kelati next season as the Spanish League even becomes more exciting along with the European circuit.
Posted by Unknown at 2:31:00 PM No comments: Links to this post