King of the mountain at Tour De France is King of African Cycling for 2015.


King of the mountain at Tour De France is King of African Cycling for 2015.

Only a few people have the ability to make history in sports events. These are people who work hard and dedicate themselves to winning and being successful. In 2015 Eritrea and it's athletes have done wonders and like many other nations, Eritrea's emergence in sports in general and cycling in particular has turned some heads all over the globe. A nation whose love for cycling goes way back in the 1920s & 30's has shown the world that while it may be located in Africa, its cyclists are top notch. 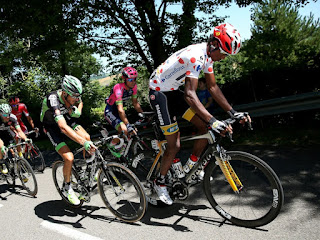 Daniel participating and making history at the Tour De France 2015.

This year in a very deserving moment our rider from Eritrea has become the first African to earn one of the coveted jerseys in the Tour de France — the grueling three-week contest that has traditionally been dominated by European and American riders.  claimed the polka-dot jersey for top climber at the Tour de France's Stage 6 this past summer. It is also to be recalled that Danny & Merhawi Kudus are the first black Africans to ride in pro cycling's most prestigious race.

Daniel Teklehaimanot was elected African Cyclist of the Year 2015 by a jury made up of African and European specialists and chaired by Bernard Hinault a former cyclist who won the Tour de France five times & consults the Tour De France. Daniel, the best climber of the Critérium du Dauphiné and bearer of the polka dot jersey in the Tour de France, beat his South African teammate Louis Meintjes, who took 10th place in the Vuelta and Tunisian Rafaa Chtioui
(Skydive Dubai), winner of the Tropical Amissa Bongo in Gabon.

In the competition for this year's Best African Cyclist award were three other Eritreans including Merhawi Kudus, Natnael Berhane & Mekseb Debesay who all had a great year. Eritrean fans were treated to some spectacular cycling in Europe, Africa & the USA where hundreds of fans gathered in Richmond, VA during the UCI championships that took place in September 2015. 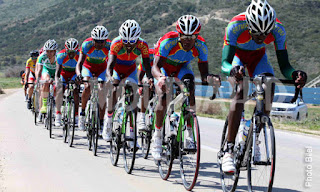 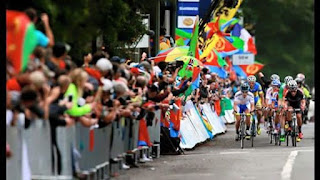 Congratulations to all Eritreans and Daniel and the entire Eritrean cycling federation and the nation of Eritrea who continues to shine in sports and other sectors that will make it a country to be reckoned with.

Eritrean-American high school standout and a great future prospect, Weini Kelati of Leesburg, Va. captured a first place title at the 37th Annual Foot Locker Cross Country Championships (FLCCC) National Finals at Morley Field, Balboa Park in San Diego, Calif., this week. Kelati won in a time of 17:10 in San Diego, home of another Eritrean-American legend Meb Kiflezghi. This is a great achievement for Kelati who has been working hard to get to this point. 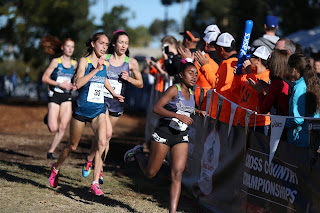 In this national event, another Eritrean-American Futsum Zienaslassie a current stand out at Northern Arizona University was a second place runner up in 2011.In this year's girls' race, Kelati, a two-time FLCCC national qualifier, took an early lead, cruising to a mile split of 5:13. Maryjeanne Gilbert (Peoria, Ill.) closed the gap and took a brief lead prior to the race's midway point. Kelati reclaimed the lead quickly while Nevada Mareno (Leesville, N.C.) and Judy Pendergast (Naperville, Ill.) joined the lead pair. Kelati and Gilbert pulled away in the final stretch with Gilbert finishing second (17:11), Mareno in third (17:18) and Pendergast in fourth (17:20). 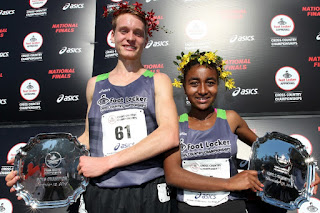 Weini and the male Champion! holding their award.

Weini is a star in the making and don't be surprised if you hear her name in the very near future doing big things. Congratulations to Weini and her team. It is to be recalled that Eri-International sports blog did a small piece on Weini earlier this year.