CECAFA in ETHIOPIA: Why Eritrea does not attend the truth to the matter.


It is so disgusting to see certain media outlets and news services like AP so obsessed with why ERITREA is not attending the 2015 CECAFA (Central & Eastern Confederation of African Football) tournament being held in Ethiopia. Al Jazeera's football section and Fox sports both opposite side of the American political arena when it comes to politics write; 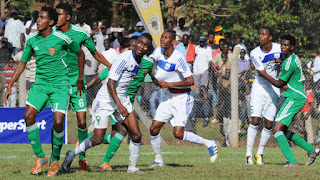 Has it ever occurred to them that ETHIOPIA is currently still occupying sovereign ERITREAN territories? Are they that crazy to think that ERITREA even if its players were to leave would send its team into Ethiopian territory with a regime in place that has abused the power of its own people and still occupies an internationally arbitrated border town? Even a little kid would not entertain that idea. It is clear that the articles that have been written were based on false information from Nicholas Musonye, secretary-general of the Council for East and Central African Football Associations who then spoke to quick to the tabloidish newspapers coming out of east Africa.

Let us make one thing clear The RED SEA BOYZ of Eritrea would not go to Ethiopia to play any sports unless of course Ethiopia leaves ERITREAN territories. Ambassador Girma Asmerom a former soccer player himself and current Eritrean ambassador to the UN said in January of 2013 during a UN meeting,

“if Ethiopia withdraws its army from occupied sovereign Eritrean territory including the town of Badme in the morning, dialogue between the two countries will start in the afternoon.”

It would have been great to see a peaceful and fun event with ERITREA participating and one day by the power of the almighty there will come time when these two countries will play in sports activities within respect for each others boundaries. So please all you media organizations get your facts right and ask people to confirm your stories before you start attacking ERITREA. It is clear that anything that has to do with Eritrean soccer is becoming part of the defamation campaign taking place against this peace loving nation.

A member of the Eritrean national team recently got the MVP in Sweden has anyone attempted to do a story on that? I think the answer is a big NO!

Add Your Opinions on FIFA Player & Coach of the year along with Eri-International sports.


For the past two years Eri-International sports has been honored to vote as part of the journalist vote for the player of the year as well as the coach of the year in the for FIFA's Balon d'Or. While we did all we could to make sure that we picked the right people, Eri-International sports as a blog of the people would love to get ideas from you that could help us make a better decision even though the final outcome would be ours. In 2010, France Football signed an agreement with FIFA to make the Ballon d’Or the only trophy for the best player in the world. Two years ago I made headlines all over the world as I decided to pick players that were not favorites of everyone but still some outstanding players. Here are the choices that I made at the time (2013) when Eritrea was actual at the 195th position in world rankings. 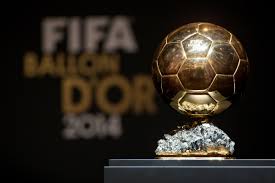 The time has now come to vote for the 2015 winner of this trophy, which now goes by the name of FIFA Ballon d’Or. While I do not want to put out the full list of players and coaches on paper, I would like for you my followers to share your ideas on who should be the best player and best coach of 2015 in the world's beautiful game. I will post this on Eri-International sports Facebook page as well and you have a choice to respond back by the end of the week as the voting time is getting closer.

Meanwhile, Breaking news of some sort as everyone should follow the big news today that Henok Goitom may officially be leaving for China as reliable sources have told us he has been offered a deal he can't refuse. We will also find out if Henok will be chosen as the MVP of the Swedish Premier league even though he has made the All-League (best player in his position) team representing his AIK Stockholm as a forward.

Mike Seium
Posted by Unknown at 1:22:00 AM No comments: Links to this post

Eri-International sports has been writing about Henok Goitom for years and have followed his career through connections with people as well as online. What draws him to fans is the simple fact that he is a humble person who has also strong work habits. He has a knack for the goal and has scored many goals some incredible, in all the leagues he has played. He has also matured as a great human being who should be emulated as a great role model and example to young people everywhere. 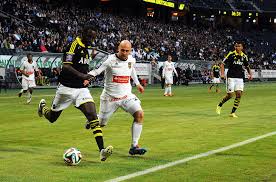 As most of you know after leaving the Spanish La Liga he has made his home in Sweden with his local team AIK Stockholm and this past weekend he played his last game of the season for AIK where he also scored another beautiful goal and missed many opportunities as his team drew to 1-1 tie ending their hope of winning the Swedish Premier league.  He ended the season with 18 goals second to Emir Kujovic who netted 21 goals for his team IFK Norköbing.

Henok is one of AIK's key players and ended the season as a second leading scorer in the Allsvenskan. So what next for Henok?  It remains to be seen as his contract is set to expire with AIK and, according to several sources it seems like he may be far from extending a new agreement, which could lead him to go elsewhere. There is also a possibility that he could remain with the team for another extension. According to some soccer news sources two teams in China are seriously interested in Henok. It is to be recalled that an Israeli team and a Japanese team were also highly interested in him before he signed with AIK. In an interview he gave to a Swedish TV recently Henok said, “I have close contact with my agent (Colombian Efrain Panchon), but there is nothing concrete.”

The fans love him in Sweden and he has always been very happy with their support including this weekend where he actually mentioned that these loyal fans should get an award.

Talking about awards Henok is in the running for the MVP of the Swedish Premier league. He is one of three nominees for the title of Allsvenskans most valuable player along with Emir Kujovic and Andreas Johansson from IFK Norköbing the team that won the championship. It is also to be recalled Henok represented his national team of ERITREA in 2015 and scored his first goal for the Red Sea boyz.  Henok has accumulated a total of 37 points (29 goals and 8 assists) in his last two seasons and whatever choice he makes Eri-International sports will follow.