Eritrean-Swede Alexander Isak to Borussia Dortmund. Could Henok Goitom be Back in Sweden?

In what has been a very anxious few months since he started to make headlines everywhere throughout the soccer/football world, young Eritrean-Swede Alexander Isak has finally inked a contract with Europe's and probably one of the best clubs in the world Borussia Dortmund. BVB as they are known by their logo are 8 times German Champions. They also happen to be the 11th biggest team in the world based on stats from big accounting firms. Borussia also happen to be a publicly traded club in the German stock market. Eri-International sports has been following this story and also reported the new developments on our
Facebook page allowing readers to follow the story as it happens. 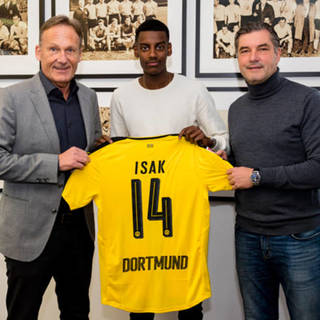 Just a few days ago a very reputable new source "Marca" from Spain reported that Alexander Isak was ready to sign with Real Madrid. While every detail indicated that he would sign with one of the top teams in the world, after careful consideration his family and consultants as well as his own feelings quickly changed. One of the main reasons for the change of heart seems to be a very wise decision on Alex's part as Borussia Dortmund is committed to young players. Had Alexander gone to Real Madrid he would have to wait a lot longer to crack into a starting line up. Based on historical perspectives of other young players Alexander's chances to join the main team of Madrid would have taken a lot longer. 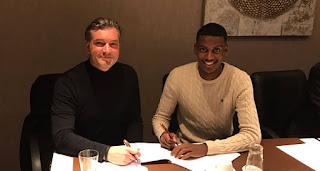 It is to be recalled that Borussia is well known for signing young players including USA national team member Christian Pulisic whose parents went to the same school as this blogger. The young American sensation of Croatian lineage has also inked a long term contract, giving Borussia a strong offensive team. To fans Eritrean fans living in Germany this is a great opportunity to watch this young man perform at the highest level. 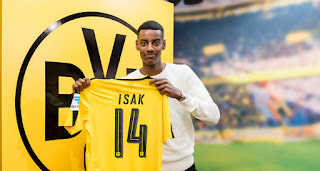 Some reliable sources have also indicated to us that Henok Goitom who left his team in The Swedish Premiere League last summer may join his team once again. After leaving for Getafe in the Spanish league, Henok decided to sign a short term contract in the MLS making his home at San Jose where he played a few games with the Earthquakes and had one assist with limited playing time. He also had a life changing experience as he became a father while with San Jose. 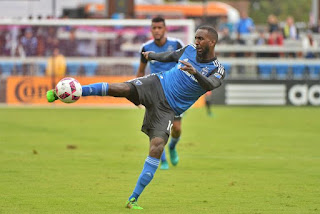 As most of you know Henok who has been a role model for many Eritrean youth and including Alexander Isak could fill in the very void space left by the young star who has now joined Borussia Dortmund. The negotiations are still going on between Henok and AIK and Eri-International sports will fill you in on the latest development.

Posted by https://eri-internationalsports.blogspot.com/ at 5:54:00 AM